Doctor Who News, Rumors and all sorts of stuff

OK, there's been lots and lots of Doctor Who related news, rumours and what not in the last few weeks. It's made the usual rounds on the internet and in the British papers. Partick Stewart, Tom Baker, Sean Pertwee, Zygons, Ice Warriors, Neil Gaiman, and Paul McGann have all been mentioned. Some of it is rubbish, some of it may happen, some of it may end up not happening. I have no sources (or those that I have emails for I'm not going to email them and ask what's true or not). 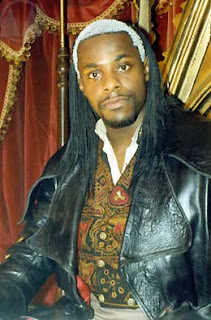 Of late, things have focused on who will be the Doctor after David Tennant leaves?
Even The Doctor Who News at Outpost Gallifrey has avoided some of these, but the spoiler threads on the Doctor Who Forum have been very active (and likely the fodder for some of the news articles). The Thoughts in Time and Space blog by Eddie has broken some of the rumors and also pointed out some that were intentional leaks to help them find out who some of their leaks are.
So, according to some people (Rich Johnston in his Lying in the Gutters column), "Paterson Joseph as the prime suspect" for the next doctor and Rich has a link to a video clip from Neverwhere that has Paterson pretty much channeling The Doctor in his role as the Marquis in Neverwhere (written by Neil Gaiman and inspired by Hartnell and Pertwee). A SciFi Wire article on the subject also appeared. 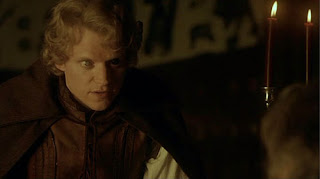 However, Eddie is still insisting that Marc Warren and Sean Pertwee (Jon Pertwee's son) are near the top of the running for the 11th Doctor. Marc Warren most notably was Teatime in the Hogfather movie., and played Dracula in the 2006 TV movie and Elton Pope in the Love and Monsters Doctor Who episode. 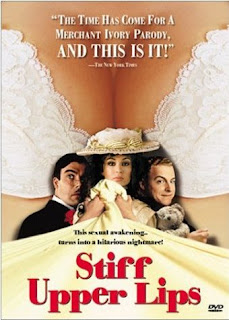 Sean Pertwee has been in a lot of stuff over the years, genre and otherwise. In actuality, ten years ago, when we were still reeling from the FOX movie, I saw a movie called Stiff Upper Lips in which Pertwee had a role as George (the dashing young man of sorts) and a pretty silly send up of the Merchant Ivory films (I actually saw it in a theatre in Los Angeles when I was out there for a training session). I could see a bit of his father in that role and thought at the time "too bad the movie tanked, he might make a good Doctor if it ever came back". For a look at a recent picture of Pertwee, this Sun article from November 2007 talks about his desire to play the role.
As indicated in one of the articles on Eddie's blog, Steven Moffat, as he deftly detailed in Silence in the Library, really doesn't like spoilers. But, we've definitely got a few more episodes with David Tennant, and likely a full season after the set of specials in the next year, so lets maybe get a chance to see those before we find out about what's happening afterwards.

bathmateus
With Best Price Moving you know you are getting.
the best customer service in the industry.
Happy New year !!!