Books Out Now Worth Getting if You're Young or Old

This week sees the release of two "children's" books by two 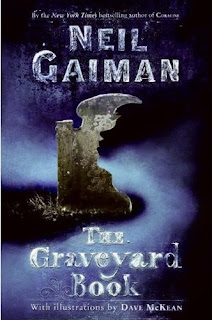 popular SF/F authors, Neil Gaiman and Terry Pratchett. You've probably seen more about Neil Gaiman's The Graveyard Book than Terry Pratchett's Nation. Between Neil's own online journal and a nationwide book tour that started at the National Book Festival (where you can see video of his talk) and has continued on where he is reading a chapter from the new book at each stop and they are putting the video up the next day on his Mouse Circus website. 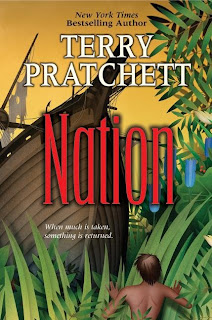 Terry's novel actually came out earlier in September in the UK where he did two signings, one in a small bookshop on an island and then another (after a helicopter ride) in the big Waterstones store at Picadilly Circus. Since then he's done TV chat shows, spoke at the Tory conference, did an online chat at the Washington Post (who had a good review of Nation, and will also make an appearance in Second Life on October 8th.


Terry also read from Nation at the UK Discworld convention in August, a snippet of which is here on Youtube. The best part was at the end of the reading when he read straight through the part of the book where Mau and Daphne have a tea party that ends with both of them almost drowning and Mau defiantly yelling "Does Not Happen!" Yes, it makes sense.

Both books are very good books, going beyond what is expected for younger readers (Graveyard book is for 9 and up, while Nation is marketed as for Young Readers). Neil's is obviously written for young readers, using simpler grammer and words, but still doesn't pull any punches in the story (it starts with the murder of a family with the son wandering off into a graveyard). Nation reads much more like an adult novel but also deals with loss, starting with the aftermath of a tsunami that wipes out the entire population of an island and kills everyone on a ship except a young girl.

For more information on the various editions of The Graveyard Book, visit this Subterranean Press website. Nation had a limited edition of 275 sold only on the day of the two signings. There is also a Waterstones limited edition still to be shipped. You can also get signed copies of Nation from PJSM Prints, Terry's official merchandise site.

Goody! My favorite kind of books...Am going to order them right away/

Hey Mr SCIFI
Sorry to approach you like this - have searched high and low for an email address, with no luck.
I would appreciate it if you contacted me via my email or blog.
Thanks, Cheryl