This is a test of Hulu

I've signed up for Hulu's beta. It is a new video sharing site where studios will be making complete episodes and other clips available to share. I thought this clip from the Pilot for The Invisible Man is a good place to start with the Doctor Who references.

It's that time of the year - Hugo nominations 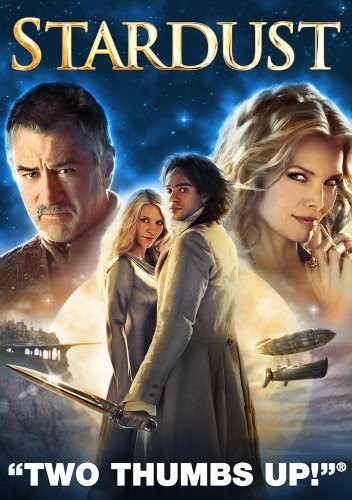 It's that time of the year when members of last year's Worldcon and members of the upcoming Worldcon try to figure out what were the best works in the past year in a whole bunch of categories, otherwise known as The Hugo Awards. I'll leave the fiction and other nominations to other blogs, but I thought I'd throw out a few things to be considered for the Dramatic Presentation award. The deadline for submitting ballots is midnight, March 1st, so there's a bit over a month left to figure things out (although if you aren't currently eligible to vote, you have to be a member of Devention 3 by Jan 31st to be eligible). You can keep track of the Hugos and other SF awards at the Science Fiction Awards Watch website.

In the Best Dramatic Presentation Award, they have a short form and a long form, which was split from a single award a couple of years ago to provide a means primarily to separate movies from TV episodes. However, this year there's several TV productions that might very well end up in the Long Form slot.

In the Long Form category, there's a good number of movies from the past year that can be considered, ones such as Stardust, Boewulf, Harry Potter and the Order of the Phoenix, The Golden Compass, Transformers, Spider-Man 3, I Am Legend, 30 Days of Night, and 28 Weeks Later all might get some votes. However, there is a call to nominate the first season of Heroes in the long form category (and, technically, the second season could be considered separately, since it will likely be considered finished in December due to the writer's strike) . In TV miniseries, there is also Hogfather, a four hour miniseries that first aired in the UK in 2006 but didn't air in the US until 2007, as well as Tin Man, the six hour miniseries from SciFi that aired in December.

The Short form category tends to be single episodes or two part episodes of TV series, so a two-parter or TV movie tends to fall in here since most of those are less than 90 minutes. Seeing as Doctor Who episodes by Steven Moffat have won the last two years, his episode "Blink" from last season is a front runner for this year. Even though it was the "Doctor Lite" episode from this season, Moffat delivered a story that provided one of the better episodes of the series. Also in contention from Doctor Who is the two parter "Human Nature/Family of Blood" written by Paul Cornell with some support also for the two part season finale of Doctor Who "The Sound of Drums/Last of the Time Lords" written by Russell T. Davies. Besides Doctor Who, there was the two part season finale of Battlestar Galactica "Crossroads" as well as the TV movie "Razor" that aired in November. Also in consideration are shows like the Stargate SG-1 finale "Undending", The Torchwood debut "Things Change", and maybe episodes of The Dresden Files and Blood Ties. There's also the direct to DVD Babylon 5: The Lost Tales that might get a few votes. Babylon 5 did win two hugos for episodes before they split the Dramatic Presentation category. One non-broadcast show that has a good chance of making the ballot is the Star Trek New Voyages episode "World Enough and Time", written by Marc Scott Zicree and Michael Reaves and directed by Zicree with fan favorite Trek actor George Takei starring. Zicree screened the episode at Worldcon last year and got a very good response to it. This could be the wild horse that keeps Moffat from getting a hat trick of Hugos.

Let's change the future one more time... But still Stay in the past... 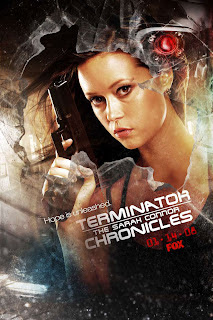 Yes, the Terminator franchise is alive and well and on FOX Televsion. However, I realize it starts out in 1999 when few TV shows were broadcast letterboxed, but you'd think for a high profile action TV series in 2008, it would be broadcast in letterbox mode for those of us who don't have a high def TV. That's one way to encourage people to download the HD torrents or upgrade to a TV capable of receiving the HD signals. I think even the online preview they did on yahoo TV was in widescreen.
In any case, the pilot does deliver a lot of action for a TV series and will probably do well for FOX until they run out of episodes in eight weeks.
Just ignore the third Terminator movie, the Terminator 3D ride, books and any other things they've done since the 2nd movie, though.
Lee

Definitely not used to doing this for the football team.... 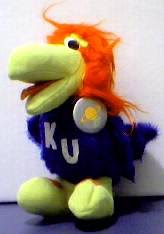 The Upcoming SFTV Schedule list and Season to Date list have been updated with the latest information I've been able to track down. With the writer's strike now really having an affect on availability of new episodes for most of the shows that started this fall, there's a lot of schedule juggling going on as new shows are brought in, shows with no more episodes left are dropped, and the networks play chicken with each other to try to gain an advantage. Right before Christmas, CBS dropped new episodes of three shows at short notice to run repeats. This past week, ABC and NBC played chicken with the start of Celebrity Apprentice with apparently NBC winning as ABC didn't move the last new Grey's Anatomy to Jan 3rd after NBC moved The Apprentice back to that date, after moving it to Jan 10th AFTER having previously announced it to start Jan 3rd.

Yes, I've been paying much more detailed attention to non-SFTV shows to attempt to keep near the top with TV Bigshot. My top network, SFTVPlus, is at #17 currently. Aleph still has most of the top ten but others have been gaining on him. I'm just trying to keep up with them. TWOP will definitely need to rethink the game for next season, though. Too much of the game has become dependent on increasing your network value by buying and selling shows to gain network value.

But I digress. The latest schedule juggling is from FOX, who instead of just burning off New Amsterdam on Friday nights starting in late February, have now decided to give it a big push by previewing the first two episodes following American Idol episodes and then putting it into the Monday night 9 pm time slot once they run out of Terminator episodes. That's a pretty surprising turn of events for the show considering FOX shut down production on it BEFORE the writer's strike, effectively killing it before it aired. With the strike continuing, that may be a new lease on life for New Amsterdam.

The fans4writers web site is having an auction to raise money to support their efforts that includes a lot of signed Galactica scripts and other items of interest. You can also support the strike by buying Strike Swag including the special Star Trek day shirt (assuming they aren't all gone.) I got mine already...

I definitely would like to see the strike settled soon, but only if the writers get what they are due. If anything, we've got some new genre stuff coming up including new Torchwood and Doctor Who (which is UK made and not affected by the strike).